Ive always wanted to make oneof these but never managed to gather enough husks. Luckily later our recent pumpkin trip the owner kindly let us have a load that he had peeled off the corn he had been showing is.Keon was feeling poorly today so wasn't really up to much and just wanted to sit and watch tv and do some gentle crafting , poor lamb had a temperature and a headache that was upsetting him a lot. Crafting took his mind off of it for a while. We plan on using these to retell the story of the corn husk doll on video


From Wikipedia
A corn husk doll is a Native American toy, a doll made out of the dried leaves or "husk" of a corn cob. Making corn husk dolls was adopted by early European settlers in the United States of America.[2] Corn husk doll making is now practiced in the United States as a link to Native American culture and the arts and crafts of the settlers.
Corn husk dolls do not have faces, and there are a number of traditional explanations for this. One legend is that the Spirit of Corn, one of theThree Sisters, made a doll out of her husks to entertain children. The doll had a beautiful face, and began to spend less time with children and more time contemplating her own loveliness. As a result of her vanity, the doll's face was taken away.
Making husk-dolls is also a tradition of Transylvania. The dolls symbolise the fertility of the land and their inhabitants in the TransylvanianHungarian culture. The tradition is still enjoying popularity in Transylvania as well as the whole area of Hungary. Children are shown how to make husk dolls on craft programmes. Professional dolls are sold in tourist shops and farmer's markets. Corn husk weaving is also thought as a profession; a diploma is available for adults who want to make a living of it.
A couple of different methods of making them
http://youfail.com/blog/?p=3657
http://infinitespider.com/toys-traditions-treasures-cornhusk/
The boys think they are adorable dollys but personally I think they look like something out of Blair witch. 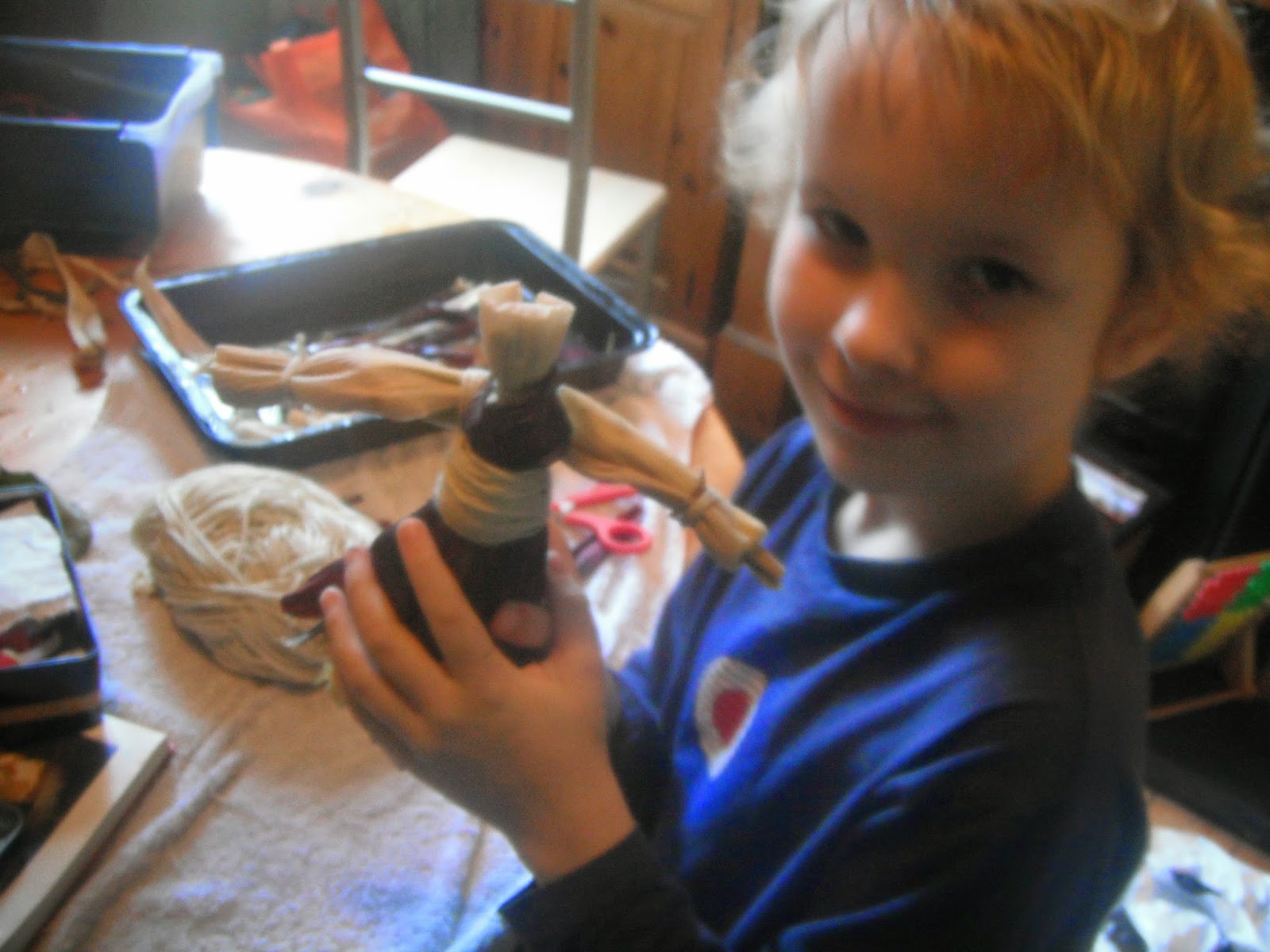 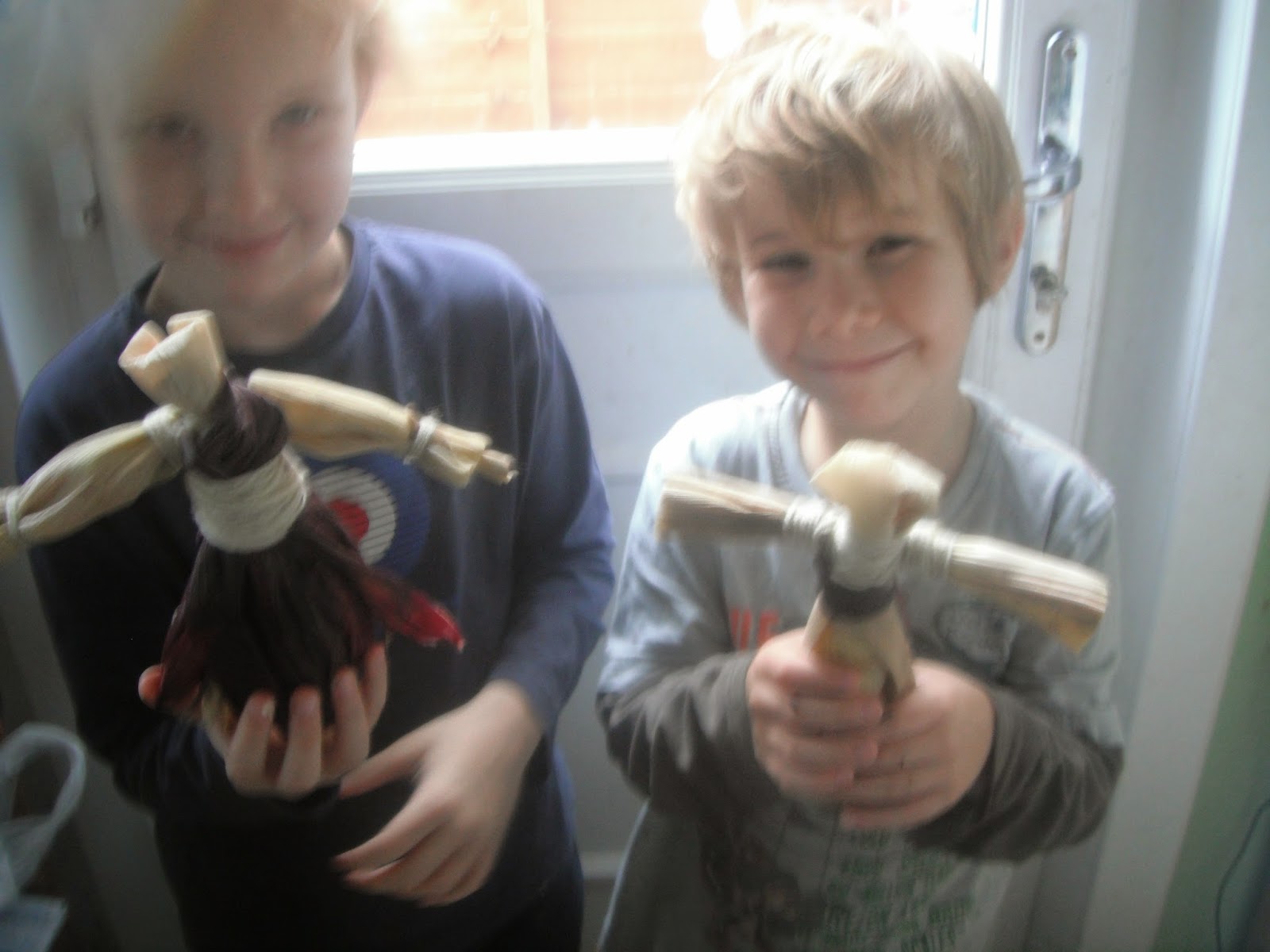 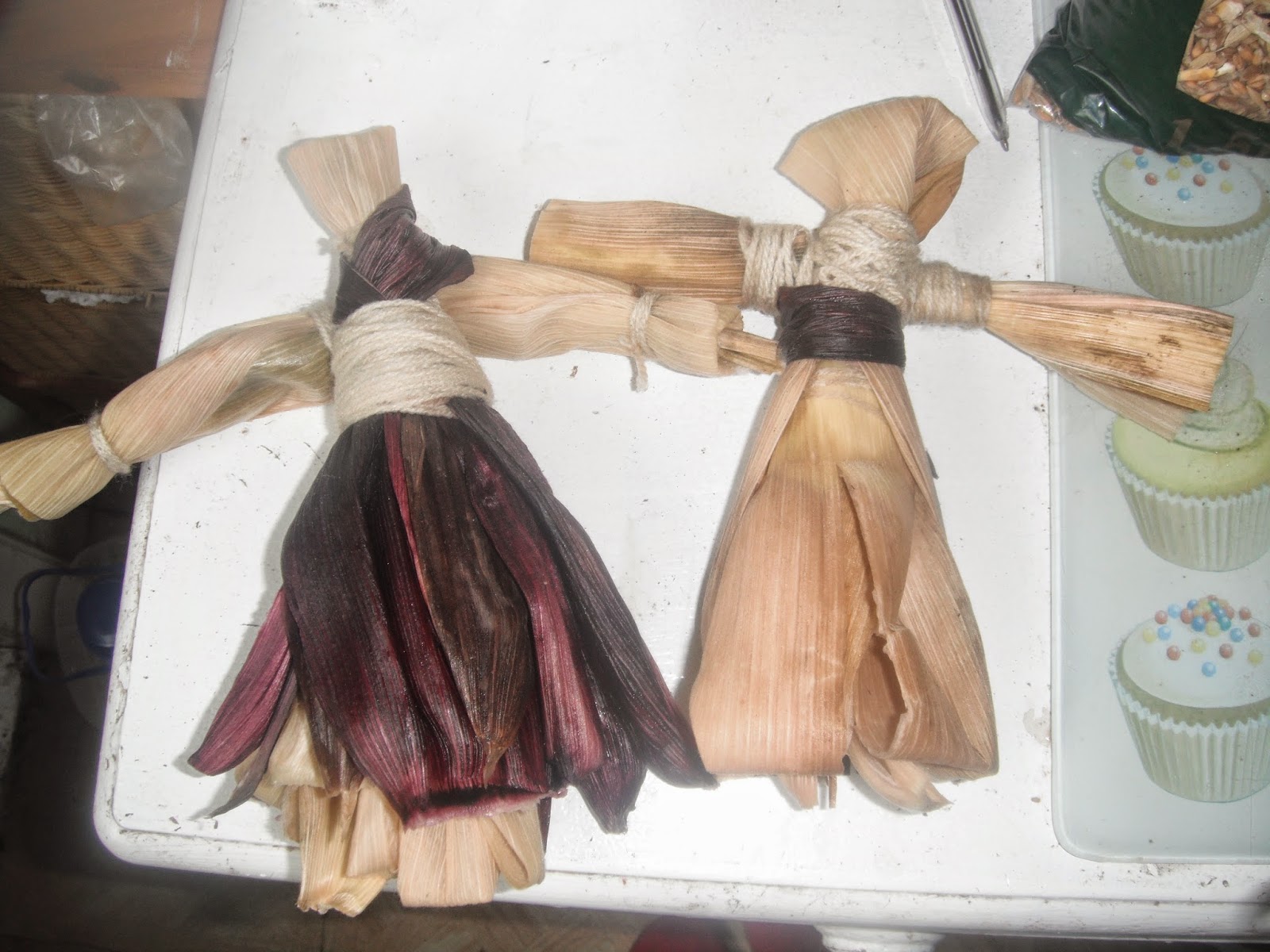