We where introduced to the wonderful concept of a journey stick at Red tent camp in June this year, My middle son Keon decided to make one, As he had just left to become home tutored it seemed perfectly fitting.

Journey sticks.
When Australian Aboriginals went on their journeys they collected things and tied them to a stick in chronological order.After a long time they finally returned to their people. Referring to the objects attached to their stick, they were able to remember their journey and recount the stories.his formed a verbal map which described the journey to someone who wasn’t there. It was a very personal way of recording their journey and unlike a map, there was no right or wrong way.

Talking sticks
Australian Aboriginals used talking sticks as a means of ensuring just and impartial council meetings.According to tradition, he who holds the Talking Stick has the power of words. Only that person can speak whilst others remain silent and listen. Usually a speech was prepared before the meeting so as not to take up too much time and
bore the spirits!

They are also a great way to recall days out and memories and practice writing skills
So far we have added the Red tent camp fun things, a summers day beach collection, and a woodland walk to Leeds castle complete with a huge brown peacocks under-feather which he plucked out right in front of us (a gift perhaps?) and a Canadian goose feather with in turn led to a small discussion and documentary watch on Migration. 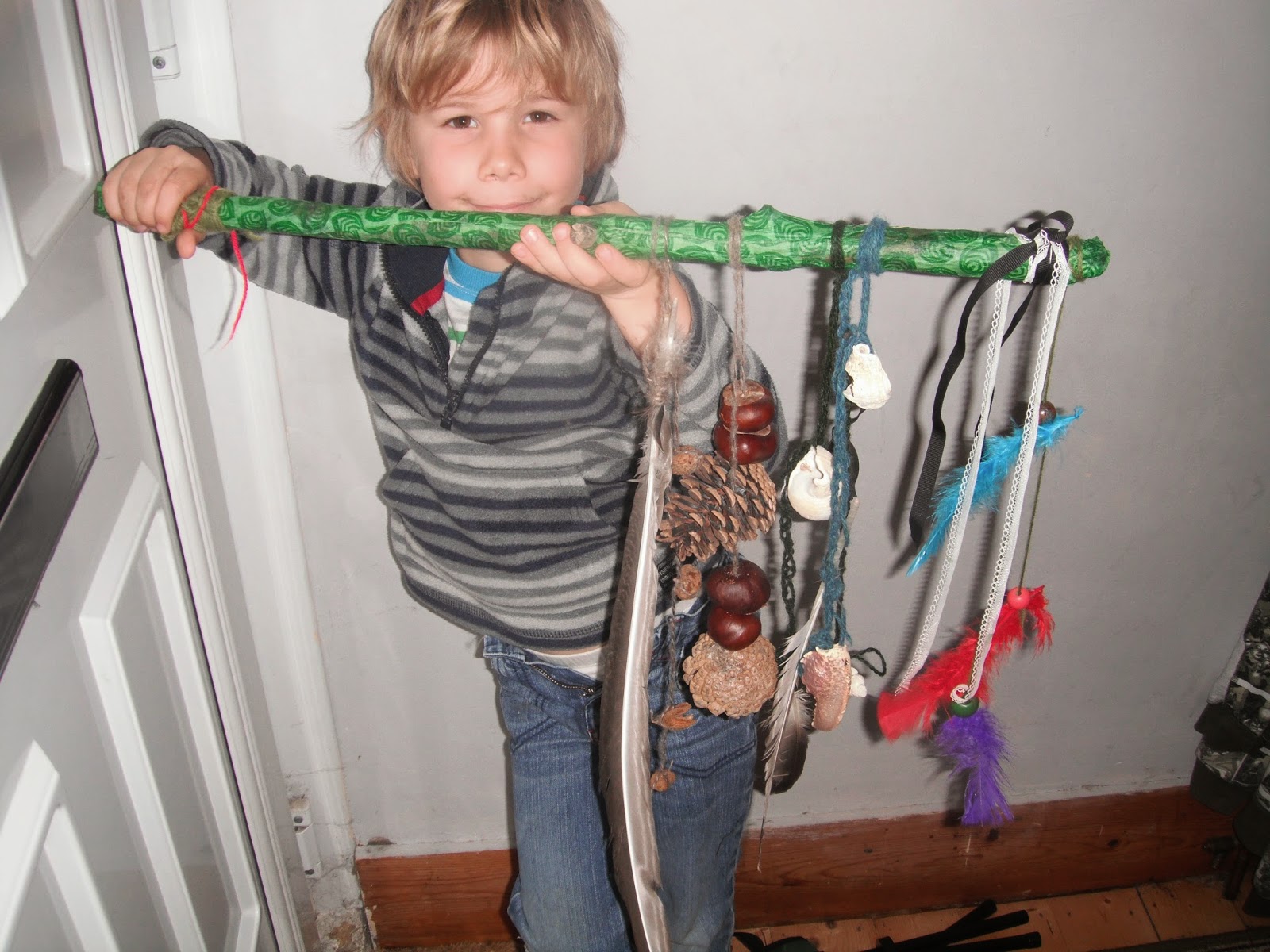